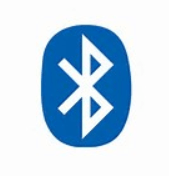 A device that monitors inhaled antibiotic use in Cystic Fibrosis treatment, and transmits the information to doctors via Bluetooth technology resulted in improved adherence and lung function in a pilot study from Ventura County Medical Center in Ventura, California.

Reported in a press release from the journal Chest this month:

For 28 days, patients used a Bluetooth-enabled medication delivery and monitoring tool called eRapid™. The clinic used the technology to gain rapid feedback on nebulizer use and used the data to reward patients for adherence as a depression intervention method. Results not only showed 80 percent improvement in adherence but also 30 percent improvement in measures of airflow limitation and frequency of flare-ups of disease.

936 May 16, 2016
CysticFibrosis.com is one of the world's largest social media networks dedicated exclusively to the cystic fibrosis community. In addition to the forums, the site contains information on clinical trials, gene therapy, testing, associations, research and events. Read our website disclaimer.