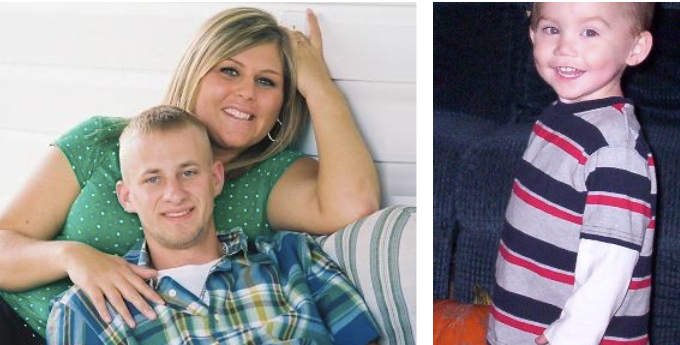 What is Cystic Fibrosis and how are genetics involved? This article shares some helpful information if you are newly diagnosed.

Welcome to CysticFibrosis.com. If you are new to Cystic Fibrosis because you recently learned your unborn or newborn baby has, or may have, Cystic Fibrosis, please read on.

We wrote this overview for you because we know, we really, really know, what you are going through. This overview was written by the mom of a young child with Cystic Fibrosis, with the insights and input from the many other members who also vividly remember living through the early days of a potential or confirmed diagnosis. It comes from the heart and attempts to provide you with the information we wish we had early on, explained simply and concisely, but completely.

Throughout this overview, we’ll reference other wonderful online resources of information, but here at CysticFibrosis.com, you have the opportunity to ask questions in the forums and read caring and compassionate responses from others who have walked in your shoes.

Before reading on, we invite you to join our community by clicking here, and then drop a quick note (anonymously is fine) in any of our forums, sharing your situation. Most likely, by the time you have finished reading this overview, you’ll have received some messages of support and hope in this overwhelming time and you won’t feel nearly so alone.

What Is Cystic Fibrosis (CF)?

Cystic Fibrosis (CF) is an inherited genetic disease caused by a mutation of the CFTR gene which affects multiple systems of the body, such as the respiratory, intestinal and reproductive systems.

CF is is in your unborn or newborn baby’s “genes,” half of which are inherited from you and half of are inherited from the other parent. Nothing you did caused CF! I vividly recall for months my husband blaming himself, thinking he had “caused” our son’s CF by painting the house while I was pregnant, even though I had always left when he was painting. But nothing he did, or you did, caused CF. And you are no more to blame for your unborn or newborn baby’s CF than you for are his or her blue or brown eyes.

CF is an “autosomal recessive” disease. That CF is “autosomal” means that the disease is not related to sex because the CFTR mutation is not on the X or Y chromosome and thus both boys and girls can have CF. CF is “recessive” because a person (generally) needs two mutated CFTR genes to have CF. If a person only has one mutation of the CFTR gene, generally the “normal” CFTR gene “dominates” and the individual will not have CF, but instead will be a carrier of CF. Depending on the mutation, a carrier of CF may exhibits some symptoms of the disease, as this website explains: http://uvicf.org/researchnewsite/carrierhealth/

If your child has CF, both of parents are carriers of CF, or one parent is a carrier and the other parent has CF.

If one parent has CF and the other parent is a carrier, each child born to those parents has a 50% chance of having CF and a 100% chance of being a carrier.

In all these scenarios, the odds do not change with more or fewer children born to the parents. They are the same for each child. Some families have several children with CF; others may have only one of multiple children with disease.

This additional website, while not geared toward CF, provides an excellent explanation of genetics and genetic disorders: http://mda.org/publications/facts-about-genetics-and-NMDs/genetic-disorders-inherited

CF is caused by a mutation to the CFTR gene. Currently, scientists have identified nearly 2,000 different mutations to the CFTR gene. If you are pregnant or attempting to conceive, you may have learned from your doctor that you are a carrier of CF. This means that a laboratory ran a test on your blood to see if you have a CF mutation.

Most laboratories only test for a small number of mutations, so it is possible that you are a carrier for CF but that the tests run by your doctor did not identify you as a carrier. As noted above, to have CF, an individual must have two mutations. Thus, if one parent (or would-be parent) is identified as a carrier, doctors typically recommend the other parent be tested. Remember, though, that there are nearly 2,000 different mutations and that a person may have an uncommon mutation and did not receive screening for all potential mutations.

Some people with CF have two copies of the same mutation; others have two different mutations. If a person with CF has two copies of the same mutation, they are said to be homozygous (homo, meaning same), and if they have two different mutations, they are said to be heterozygous (hetero, meaning opposite). Whether your child is homozygous or heterozygous does not really matter, but it is helpful to understand the terminology.

Scientists currently classify the mutations as “CF-causing,” “non CF-causing,” “varying clinical consequences,” and “unknown significance.” The prevalent view of the scientific community is that not all mutations to the CFTR gene cause CF and thus a mutation might be considered “non CF-causing,” also called “polymorphism” or a “neutral variant.”

Babies with two known “disease-causing” mutations will be diagnosed with CF, although most CF Centers also conduct a sweat test. The sweat test is considered the “gold standard” for diagnosing CF, but a baby with two known “CF-causing” mutations will generally be diagnosed with CF even if the sweat test comes back negative. In fact, there some cysticfibrosis.com members have shared how their children, who clearly have CF, had negative sweat tests.

Babies having at least one CFTR mutation will be given a sweat test to determine if they have CF. If the sweat test comes back positive, the baby’s blood will be tested for any mutations, as likely they have only been tested for the more common ones. If the sweat test comes back borderline many find themselves in a diagnostic limbo. Most cysticfibrosis.com members believe in a proactive approach, recommending that those diagnosed with CFRM be followed by a Cystic Fibrosis Center and follow the same treatment regimen. This decision is one you will need to make with your doctor.

The CFTR2.org webpage allows you to search for specific mutations to determine whether they are currently classified as disease-causing, non-disease causing, or unknown.

Disease-causing mutations are further classified based on the way the mutated gene functions, or rather, does not function. The mutations are currently classified into one of six “classification.”

Generally speaking, Class 1 mutations are the most severe and Class 6 mutations are the least severe. However, the “genotype,” which means the type of CFTR gene mutation, does not correlate perfectly with the “phenotype,” meaning the disease severity. Thus, there are different degrees of disease severity among not only those with the same CFTR mutations, but also siblings and even twins.

Doctors do not fully understand why those with the same CF mutations experience differing levels of severity, but believe that both environmental factors (such as exposure to smoke, level of care, etc.) and modifying genes (other genes that might counteract some of the impact of the CFTR mutation e.g. limiting the bodies inflammatory response) may play a role.

Knowing your unborn or newborn baby’s specific CFTR mutations and what class of mutations they have is important because there are prescription medications available that treat the underlying cause of CF. These drugs work to repair the faulty CFTR function. Once you learn your child’s mutations, you might consider posting a thread at CysticFibrosis.com so that members can help you learn about those medications.

These websites provide more information about the various classifications of CFTR mutations:

We hope that you found the information in this article helpful, and we encourage you to ask questions and learn more in the forums. You might enjoy reading about some of the exciting and fulfilling activities our children and adults with CF are engaging in. We believe our members can offer you support and inspiration in this journey.

553 April 21, 2016
CysticFibrosis.com is one of the world's largest social media networks dedicated exclusively to the cystic fibrosis community. In addition to the forums, the site contains information on clinical trials, gene therapy, testing, associations, research and events. Read our website disclaimer.