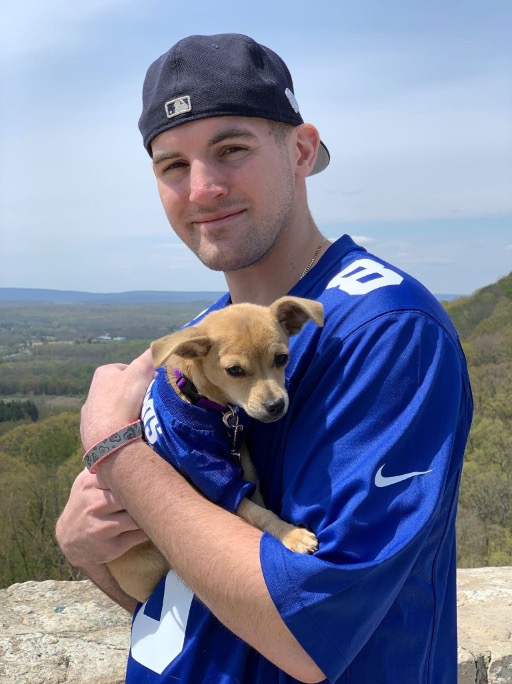 Trikafta truly is a life changing drug. My life has improved astronomically since starting Trikafta. I never would’ve thought this soon in my life I would have seen three pills a day take over all the treatments I used to do.

Prior to Trikafta, I used to have to be on a nebulizer twice a day, and do a vest therapy treatment that shakes you at various frequencies to disrupt the mucus in my lungs. Each session was 30 minutes and was performed twice a day.

Throughout my childhood, high school, and college years, this half hour, twice a day treatment really took up a lot of time and became super inconvenient. Due to busy scheduling I’d miss treatments and ultimately it became hard to stay consistent with doing them. As a child it was easy when my mom would make my nebulizer and throw a cartoon on TV and I would happily sit there and get my treatments done. In high school when I started picking up sports and going out with friends and pursuing other hobbies, my treatments became an afterthought.

Before starting Trikafta, I always had a lingering cough. It was not anything crazy but every once in a while I would dry cough and it seemed like there was nothing I could do about it. In sports, I felt it tough to run long distances as I would lose my breath. Sometimes my chest would tighten up causing me to need to take a break.

My pulmonary function tests were hovering in the 70s and 80s. While that is pretty good for a patient with cystic fibrosis, I knew there was a potential to get them higher.

Leading up into 2019, my doctors were telling me about this new drug I may qualify for in the future called Trikafta. They were saying the results have been tremendous and they could be rolling it out in the next few months. I was intrigued but did not get my hopes up just yet…

About a year later in February, 2020, I was back at my doctor’s for a check up. I noticed they brought in a folder that they usually don’t. We go through the check up like normal, then I am presented with this folder. I was now being offered to go on Trikafta. We went over all the benefits of it as well as possible side effects. I let my doctor know that I will review all the information and give him a call if I decide to start it. It all seemed too good to be true and there may be a minimal risk in starting Trikafta.

After tons of thinking and discussing things over with my parents, I decided to call my doctor back and I told him “let’s do it!”

March 2020 I started taking Trikafta. The first few days were a little rocky as I was getting used to the medication and I was coughing a bit more. The coughs were deeper and produced some phlegm. After that week I felt like a new person.

Sports became so much more fun as I was able to keep up and didn’t have to take as many breaks. I played basketball and instantly I enjoyed playing much more. Practices seemed easier and I loved my new ability to stay on the court longer.

After the first week or so of Trikafta, my cough instantly vanished. No more dry cough! I could not believe it. We tried many different treatments and antibiotics to try and kick the cough but it persisted and now it was gone! Not only that, my pulmonary function test jumped up to the 90s!

One of the biggest positives of Trikafta was the ability to end doing my vest treatments and nebulizer. This has saved me so much time on both ends of my day and lets me focus on the things I would like to do and am interested in. Only a couple pills a day is the only treatments I do now. It is wonderful.

In December 2020 I reached out and joined my local fire department. Prior to Trikafta, this would have never even crossed my mind. I feel on a totally new level and that I conquer anything. Cystic fibrosis can’t stop me or hold me back from anything I want to do now.

Joining the fire department was a big change in life. I gained a new family, and a love for giving back to the community. The workouts and drills are intense but I am able to keep up. Without Trikafta there is no way I would be able to be doing what I am doing now.

Every morning, I wake up at six am and hit the gym. I come home, shower take my Trikafta and enzymes, and then head to work. I work remotely as a business development representative for a used manufacturing machinery company. I take my laptop and work out of the firehouse to run calls if one comes in. After work I usually head home to relax and get ready for the next day. On Tuesdays we have drill night where all the firefighters get together and practice a skill and learn something new, then we have dinner together. I would never be able to accommodate this schedule if I had to do vest and nebulizers twice a day, and I would not be feeling as great as I am now.

To this day I am still taking Trikafta and loving it. My pulmonary function tests have soared to over 100 and I feel better than ever. I discovered a new found love in firefighting and a new outlook on life. I am beyond thankful for all that Trikafta has done for me as well as the team in Vertex support for helping me get the medicine at lowest costs possible and answering any and all questions I had about Trikafta. This truly is a life changing drug and it has made my life better from the start.

Trikafta, The Equalizer - by Ron Bartell

Trikafta, along with dogged perseverance, saved my life - by James Kain