Understanding Pharma Controversies in the News 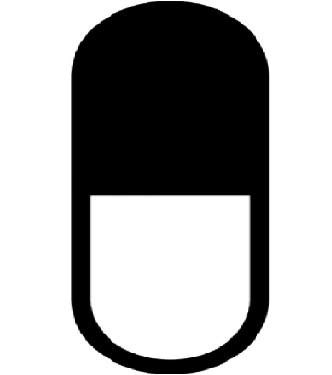 Many people have heard of the company, Turing Pharmaceuticals, which last year raised the price of a drug by over 5,000%, but most people don’t understand how and why that was possible.

Looking at the issues behind the Turing Pharmaceutical controversy of this past year is worthwhile even though the company does not deal with CF medications. The Turing case has caused greater scrutiny of the role of patient-assistance charitable organizations, which numerous pharmaceutical companies do donate to.

In 2015, Turing Pharmaceuticals acquired a drug, Daraprim, used for malaria and parasitic infections–important for people with HIV/AIDS. Turing then raised the price of one pill from $13.50 to $750.00. This caused significant public outcry and Turing’s CEO, Martin Shkreli, stepped down. While widely vilified for the price increase of Daraprim, this action by Turing was not illegal.

The cover story of the May 19, 2016 issue of Bloomberg Businessweek describes how, just a few days after raising the price of Daraprim, Turing contacted a patient assistance charitable organization to create a fund to help patients pay the drug’s new price. While the charitable organization would cover some of a patient’s higher costs, the remainder — much higher since Turing’s price increase — would be covered by the Medicare drug program, Medicaid or private insurers i.e. the U.S. taxpayer and health insurance policy holders.

It is important to reiterate that many drugs are expensive because significant money has been spent by a pharmaceutical company on research, development and production. Moreover, an effective and approved drug may have to absorb the costs of other drugs that did not succeed in making it to market. This allows for innovative research in the industry.

Thankfully, when a drug is very expensive, pharmaceutical companies can help patients directly through discount cards and compassionate product giveaway and, indirectly, through patient-assistance charitable organizations. It is this last form of assistance, which offers help to 40+ million Americans covered by Medicare’s prescription drug program, that the Bloomberg article analyzes.

The Role of Patient-Assistance Charitable Organizations

As the Bloomberg article explains, a pharmaceutical company is not supposed to “exert any sway over how the non-profits operate or allocate their funds.” Which is to say that the donation made by a pharmaceutical company, often of millions of dollars, is not supposed to act as a profitable and tax-deductible form of investing in a company’s own product.

Yet the article gives examples of how this has happened, despite federal regulators working to ensure that charities and pharmaceutical companies operate independently.

Since the scandal associated with Turing Pharmaceuticals and Daraprim, another pharmaceutical company, Imprimis Pharmaceuticals, stepped forward and announced it would make the drug, co-formulated with another required medication, for less than $1 per pill. This opinion piece in the Wall Street Journal argues that Imprimis’s action is proof that unregulated markets can resolve price gouging on their own.

Unlike the capsule selected as the image for this article, the issues here are not black and white. Patient assistance charitable organizations help multitudes of patients pay for life-saving medications, and these medications have high prices because of research, development and production costs. But it is also worth questioning whether in some instances, these organizations have made it possible for companies to make large and less-substantiated price increases that the public doesn’t realize it is paying for.

269 February 23, 2016
CysticFibrosis.com is one of the world's largest social media networks dedicated exclusively to the cystic fibrosis community. In addition to the forums, the site contains information on clinical trials, gene therapy, testing, associations, research and events. Read our website disclaimer.