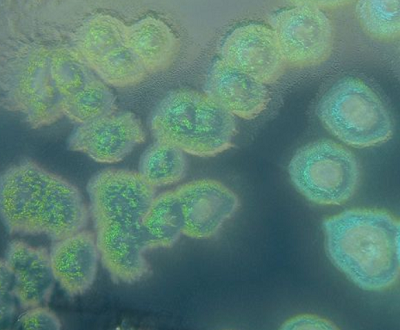 Ivacaftor has been shown to increase CFTR activity and lung function in people with Cystic Fibrosis and the G551D mutation, but until a recent study, scientists were not sure if ivacaftor changed the level of bacteria in the lungs.

The results of a deeper study on ivacaftor have been published, showing that mucus plugging and inflammatory measures in sputum continue to improve over two years of treatment, but the declines in Pseudomonas Aeruginosa density do not persist after the first year.

The study looked at 12 people with CF and G551D on ivacaftor over two years, and measured bacterial density and inflammatory markers in their sputum, as well as mucus plugging via radiographic imagery.

The study was published in The American Journal of Respiratory and Critical Care Medicine on February 21, 2017, “Restoring CFTR Function Reduces Airway Bacteria and Inflammation in People With Cystic Fibrosis and Chronic Lung Infections.”

3.2k April 23, 2017
CysticFibrosis.com is one of the world's largest social media networks dedicated exclusively to the cystic fibrosis community. In addition to the forums, the site contains information on clinical trials, gene therapy, testing, associations, research and events. Read our website disclaimer.