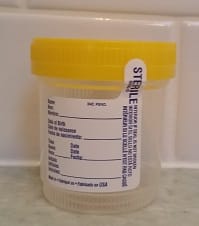 Staphylococcus lugdunensis, a bacteria that kills staph and MRSA, could someday add to the arsenal of weapons that help people with Cystic Fibrosis.

Why do some people carry Staphylococcus aureus bacteria in their noses and others don’t?

Scientists at the University of Tübingen in Germany asked this question, and they found that people without Staphylococcus Aureus (about 70% of the population) have a different bacteria — Staphylococcus lugdunensis — in their noses that kills staph and MRSA.

This antibiotic could someday add to the arsenal of weapons that help people with CF.

Here are more details from the news report on NPR. For the full report, click here.

“…the researchers pitted 90 different human nasal bacteria in one-on-one battles with S. aureus in the lab. Indeed, one of these bacteria — Staphylococcus lugdunensis — prevented the dangerous pathogen from growing.

They then studied the arsenal of chemicals that S. lugdunensis produces until they found one that stops S. aureus in its tracks – a new antibiotic that they named lugdunin.

Follow-up work confirmed that lugdunin can treat S. aureus skin infections in mice, and limit the spread of S. aureus in a rat’s nose.

Lugdunin may already be keeping S. aureus out of our noses. In a group of 187 hospitalized people, the same scientists found S. aureus in the noses of just 5.9 percent of people who also harbored the lugdunin-producing bacteria, but 34.7 percent of those who didn’t.”

These words (emphasis added) are from the abstract of the original article in the journal Nature. For the entire article, click here:

We show that nasal Staphylococcus lugdunensis strains produce lugdunin, a novel thiazolidine-containing cyclic peptide antibiotic that prohibits colonization by S. aureus, and a rare example of a non-ribosomally synthesized bioactive compound from human-associated bacteria. Lugdunin is bactericidal against major pathogens, effective in animal models, and not prone to causing development of resistance in S. aureus. Notably, human nasal colonization by S. lugdunensis was associated with a significantly reduced S. aureus carriage rate, suggesting that lugdunin or lugdunin-producing commensal bacteria could be valuable for preventing staphylococcal infections. Moreover, human microbiota should be considered as a source for new antibiotics.

Probiotics and Prebiotics in Food - benefits in the cystic fibrosis diet