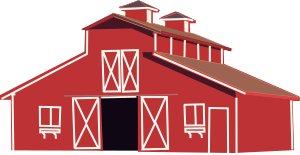 People with cystic fibrosis have infection and inflammation in their lungs, and some also have problems with asthma, making asthma one of the many cystic fibrosis symptoms that patients experience.

From the CDC: the prevalence of asthma in the general population of the U.S. is 7-9%, and as many as one in ten grade-school children have asthma.

The diagnosis of asthma is suggested by the following: episodes of acute airway obstruction reversed by bronchodilators (especially if seasonal), a strong family history of asthma and/or evidence of atopy (such as eczema or hay fever), or laboratory evidence of allergy such as eosinophilia or elevated IgE.

Now a group of scientists have shown how a lack of microbial dust in our environment may contribute to asthma. Their study, published yesterday in the New England Journal of Medicine and featured in this New York Times article, looks at how barnyard dust may protect against asthma.

The new work began when a group of investigators noticed that something peculiar was happening with children from two insular farming groups: the Amish of Indiana and the Hutterites of North Dakota. Asthma is rare among the Amish, affecting 2 to 4 percent of the population, but common among the Hutterites, with 15 to 20 percent affected.

[….]
The Amish live on single-family dairy farms. They do not use electricity, and use horses to pull their plows and for transportation. Their barns are close to their homes, and their children play in them. The Hutterites have no objection to electricity and live on large, industrialized communal farms. Their cows are housed in huge barns, more like hangars, away from their homes. Children do not generally play in Hutterite barns.

None of the Amish children in the study had asthma, and when researchers looked at their blood, they had a large proportion of neutrophils — white blood cells that react to microbial invaders.

In contrast, six of the 30 Hutterite children had asthma, and all of their bloodwork showed fewer and older neutrophils, and a larger proportion of eosinophils, which provoke allergic reactions.

It seems that the low-grade immune response to barn dust in their environment may protect the Amish children from asthma.

It will be interesting to see if this research can help people with CF and asthma in the future, particularly because many people with CF are instructed to avoid certain aspects of the natural environment that may contain Pseudomonas Aeruginosa, Mycobacterium Avium Complex and more.

If you’d like to watch a video explaining these findings, go to the New England Journal of Medicine article and click on the image of the barn and cow.

2.4k November 22, 2015
CysticFibrosis.com is one of the world's largest social media networks dedicated exclusively to the cystic fibrosis community. In addition to the forums, the site contains information on clinical trials, gene therapy, testing, associations, research and events. Read our website disclaimer.