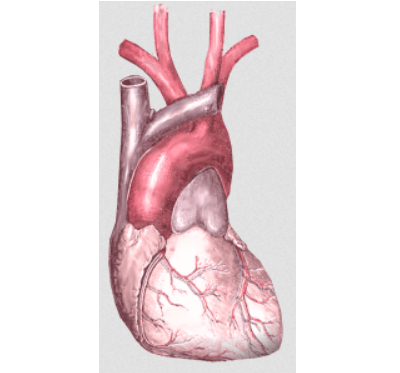 Pulmozyme might be able to extend the lives of people who don’t have CF according to a recent article in Science Daily, “Fighting age-related fibrosis to keep organs young.”

Since it was approved by the FDA in 1993, Pulmozyme (dornase alpha or DNase) has been used by many people with CF to break up the sticky mucus in their lungs.

Now it looks like Pulmozyme may be able to prevent organ fibrosis.

Heart attack, acute lung infections and exposure to environmental toxins all damage people’s organs through fibrosis. As people age–even without large-scale assaults–their organs develop more fibrosis or collagen deposits, and thus stiffen and do not work as well.

A team of scientists at Boston Children’s Hospital identified a gene, PAD4, that is part of the body’s immune response and results in organ fibrosis. The scientists recognized that Pulmozyme, a drug which already exists, targets a stage of this immune response and reduces its impact. Specifically, Pulmozyme breaks apart the DNA “tentacles” that form webs to trap invaders, and eventually deposit collagen in organs, making them stiffen and age. This is the same DNA that Pulmozyme breaks apart in the mucus of people with CF.

Here is a more detailed description of this process from the Science Daily article.

…the PAD4 enzyme activates a strange, primitive immune defense that ends up doing more harm than good. White blood cells, called neutrophils, self-combust and eject their own DNA strands outward like javelins. Sacrificing themselves, the exploded neutrophils and their outreaching DNA tentacles form so-called neutrophil extracellular traps (NETs), which nature perhaps intended to use as webs for catching foreign invaders and plugging up injury-related bleeding.

Even though NETs try to help us, they counteractively set off a chain reaction that deposits an insidious type of collagen amidst our organs’ hard-working cells. This collagen-laced fibrosis keeps piling up each time our body’s immune system releases NETs. Over a lifetime, cumulative fibrosis is a far more important factor in health than any possible benefits imparted by NET release.

“NETs are easily targeted and destroyed by DNase in the lungs of CF patients,” says Wagner. “So by extending DNase use to a much wider range of patients experiencing infectious illness or injury, we could potentially clear up NETs elsewhere in the body and prevent subsequent organ fibrosis.”

Wagner’s team tested this approach in an experimental model of mice with cardiac injury leading to heart failure, which activates the PAD4 enzyme and triggers NET release. Within one month, fibrosis and decline in heart function will typically follow.

Interestingly, mice that received DNase injections in the next few days after cardiac injury were protected from fibrosis nearly as well as mice that had their PAD4 gene deleted (and therefore never experienced NET release at all).

The original research is published in this article, “Peptidylarginine deiminase 4 promotes age-related organ fibrosis” in The Journal of Experimental Medicine.

Of note, an article from 2010 in the same journal discusses the critical role of PAD4 in antibacterial immunity, “PAD4 is essential for antibacterial innate immunity mediated by neutrophil extracellular traps.” This implies that a balance may need to be struck between the between the immune benefit from PAD4 and the collagen damage from NETs.

Click here for a brief history of Pulmozyme’s development, and here for the 1994 New England Journal of Medicine article with the original Pulmozyme study results: 34% reduction in risk of exacerbation requiring antibiotics in patients inhaling DNase twice a day.

366 October 28, 2016
CysticFibrosis.com is one of the world's largest social media networks dedicated exclusively to the cystic fibrosis community. In addition to the forums, the site contains information on clinical trials, gene therapy, testing, associations, research and events. Read our website disclaimer.