Survey Shows A Lot of People Save Leftover Painkillers 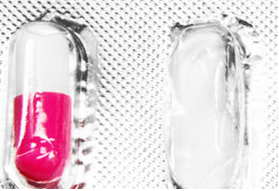 More than half of patients who get a prescription for opioid painkillers have leftover pills and keep them to use later, a practice that could potentially exacerbate the United States’ epidemic of painkiller addiction and overdoses.

Researchers reporting in JAMA Internal Medicine also found that nearly half of those surveyed reported receiving no information on how to safely store their medications to keep them from children who could accidentally ingest them or from someone looking to get high.

One in five respondents said they had shared their medication with another person, many saying they gave them to someone with pain. Nearly 14 percent said they were likely to share their prescription painkillers with a family member in the future and nearly 8 percent said they would share with a close friend.

How Much Do Orphan Drugs Cost?