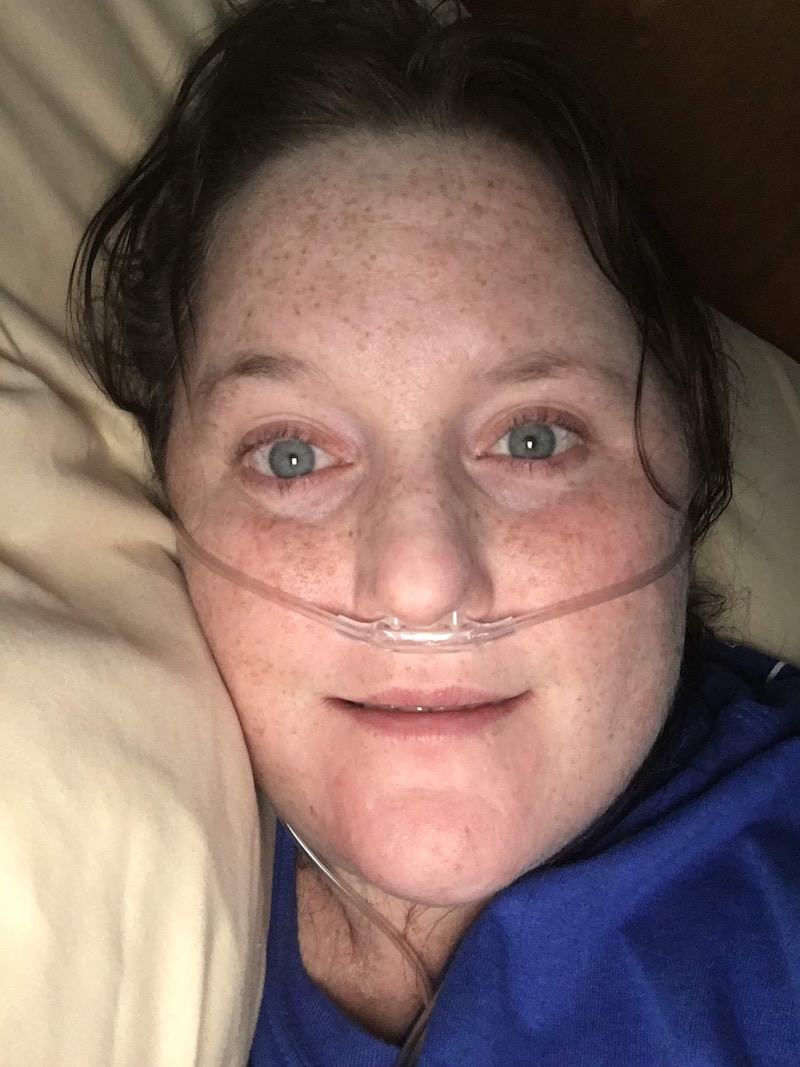 Much like the terms used when noting a date, referencing “B.C.” (Before Christ) & “A.D.”(anno domini), I often divide my life as a person with Cystic Fibrosis, or CF, into two parts: pre-Trikafta & post-Trikafta. The first 36 or so years of my life were spent without the development of the life-altering drug for some with CF like myself. There had been drugs to treat the symptoms of my CF, but nothing that attempted to correct the defect in our genes. Now, at 39 years old, having spent the last few years on Trikafta, I have a lot to say about this drug and its effect on my life, both for the better & for the worse.

I recall laying in my hospital bed in Winter of 2019, asking myself, “can life get much worse than this?” Trapped in a disease-riddled body, I had just gotten done simultaneously throwing up & having diarrhea, as I was experiencing a reaction/headache to IV antibiotics so intense that it made me vomit and I also happened to have C Diff while in hospital for the umpteenth time. As nurses rushed around trying to help me, I felt exposed and at the end of my rope. My Mom had gone home for the night, as admission days were always tiring.  So I was alone. I’ll never forget my mom telling me in conversations prior that I’ll know when it was time to say I was done fighting. As I look back on this moment now, I can’t help but feel that this night, this specific hospital stay, I knew I was going downhill fast and felt like I was slowly dying. I could hardly work up the energy to tell my mom or significant other over the phone how I was feeling inside, because the pain had grown so big.  The pain of CF insisted on being bigger than the quality of my life itself.  My lungs were going to fail.  I had seen it happen many times before to too many friends with CF to count.  In my head I knew I’d probably list for transplant, when it came to that.

However, before my lungs could completely give up on me, my doctors believed in me…

I remember during that hospital stay, one of my doctors telling me that there was a new drug called Trikafta that they had been doing trials on at my CF center at The University of Iowa Hospitals & Clinics.  This drug was intended for people with the same mutations as I have–both F508del–and this time, it was the real deal.  There was a lot of excitement however I had heard this before about other meds, yet this seemed different, and suddenly I felt very torn. Up until that point, I had taken other drugs to try and help my very scarred lungs & diseased sinuses, but they never seemed to do much, if anything at all.  One drug I had tried before Trikafta was called Symdeko. Could I place all hope in another drug in the pipeline, just to risk taking it & having it fail me, like Symdeko had done before? Do I use my Hail Mary at this time, so late in the game? I’ll never forget that around that same time, my beloved nephew gave me an inspirational quote that he found fitting for me in art class. The quote pictured a starry night sky which said “Don’t judge that which you do not understand.” I took that as a sign.  How could I ever know what was going to happen if I didn’t take the drug at all? Maybe I was so ill that it was nearly impossible for me to imagine a different, better version of my life.  So I leaned into the fear and despite my doubt, I said yes to my CF team, that I would be on board with taking this “miracle” drug that had saved so many who had enrolled in its drug trials.  After that specific hospital stay, I was at a point where I was considered sick enough to receive the drug but healthy enough to withstand taking it. Being unable to work due to my health, I received and still receive  Disability benefits.  I knew this medication was extremely costly, to put in mildly.  But still, I was very fortunate to have social workers & pharmacists both at my local hospital & at Vertex Pharmaceuticals who were helping me and I encountered no obstacles in accessing this medication. I had zero copay, which, considering the cost of Trikafta, was a miracle in and of itself!.

So, in December of 2019, I swallowed my first dose of Trikafta…

All I knew was that many people who took Trikafta had experienced a “purge” period, where all of the thick mucus finds ways to exit one’s body, whether you cough it out from your lungs or blow it out of your nose.  It, of course, would be different for everyone.  I imagined it would be uncomfortable but could possibly be an indicator that the drug was doing what it was supposed to do: help correct the CFTR protein defect.  It was not a cure but I was desperate for something to intervene and change the course my life was taking. Being a student of mindfulness meditation, I approached the experience with curiosity instead of judgment when I took my first doses. I remember my doctor explaining to me one risk Trikafta contains of possible liver damage and I was told if I get any kind of rash, to be sure to report it to them.  I did get a smaller rash on my right arm.  I told my doctor but it eventually went away.  Within the first week of starting Trikafta, I experienced my purge.  I remember it feeling like I just constantly had mucus to cough out and couldn’t get my throat cleared, no matter how many times I tried.  My purge only lasted a few days, and then I felt very energetic. It was a break from the constant barrage of sickness & fatigue I had gotten so used to. I phoned friends and sent messages to loved ones, letting them know Trikafta was a game changer. I was ecstatic to say the least!  But had I celebrated too soon?

Perhaps a few months or so after starting Trikafta, the dust began to settle a bit. It’s as if the effects of the drug were wearing off a bit, although I do not know that for fact.  I became less energetic and even though Trikafta helped thin my mucus out in my lungs & especially my sinuses, I still had to use oxygen and work very hard to maintain my health.  I also experienced severe GI issues that have only gotten worse as I age.  These issues include but are not limited to C Diff, CF-related diabetes and DIOS.

In total it probably took one year for me to get used to being on Trikafta & how it would affect my body.  Did it likely save my life, slowing down the rate of exacerbations I was experiencing? Absolutely, yes!  But is it a drug that has certain drawbacks? Absolutely, yes.  I noticed stomach pains, unsure to this day if they’re related to the Trikafta or not.  I gained lots of weight after starting Trikafta. That is now a widely known fact that I was poorly prepared for. My diet went from eating whatever I wanted to maintain weight to fight off infection to trying out diets & regiments to lose weight all of the sudden.  My anxiety also increased greatly.  That’s not to say other things were not contributing to my anxiety but I had to increase the amount of medicine I take daily for anxiety & depression. On the upside, I could get by with doing less breathing treatments and still feel OK! I also have been hospitalized substantially less. 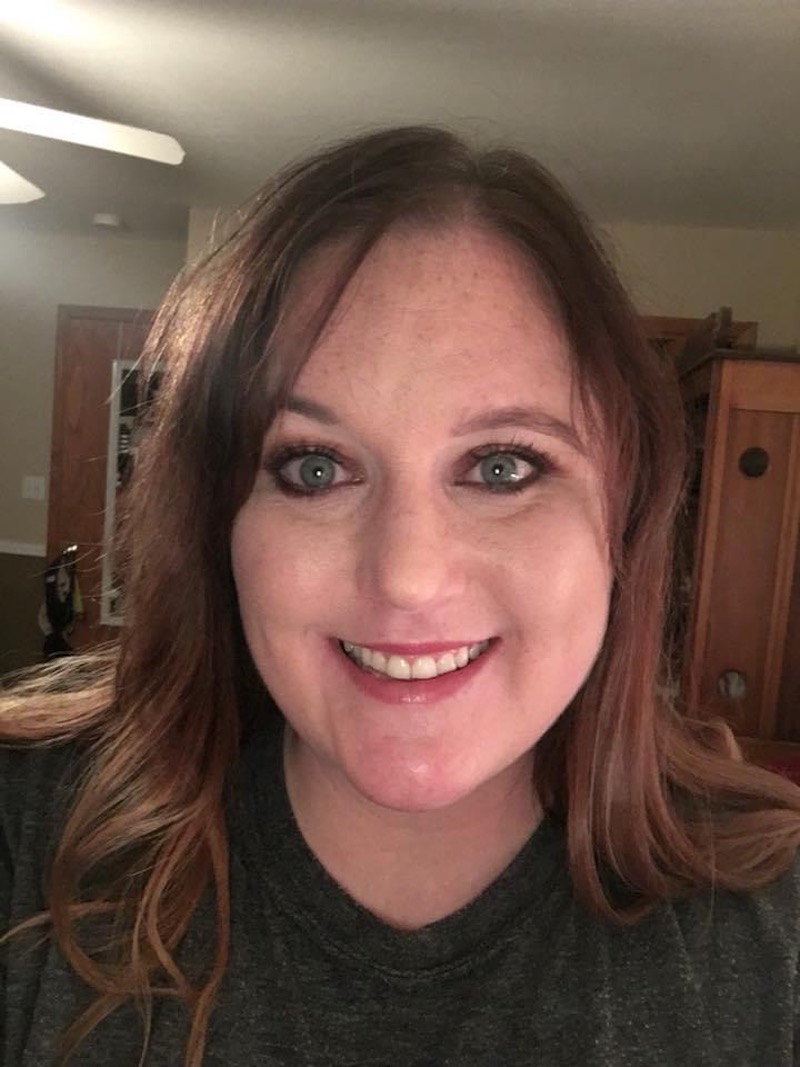 Were all the ups and downs, the hope, the disappointments, all worth it? Would I recommend taking Trikafta to someone like myself with Cystic Fibrosis?

Yes, I would!! It’s very important with any drug that you take, that you discuss the pros and cons with your provider.  You have to learn to advocate for yourself and educate yourself.  No one can tell you what is right for you.  For me, I’d rather deal with what I do with Trikafta than to go through what I was without it. I am and will always be eternally grateful to the researchers and others who have contributed to drugs like Trikafta being available for people like me. I feel very fortunate that out of all the diseases out there, I have one that is so close to finding a cure. And for that we should celebrate! I also believe that for those with CF who lost their lives all too soon or for those who have suffered greatly, I continue to fight.  Trikafta is not a perfect drug, but it gives me more time to live outside of the four walls of a hospital with those that I love and you can’t put a price on that.

Trikafta, along with dogged perseverance, saved my life - by James Kain

The Gift of Time: My Trikafta Journey - by Jessica McDearman