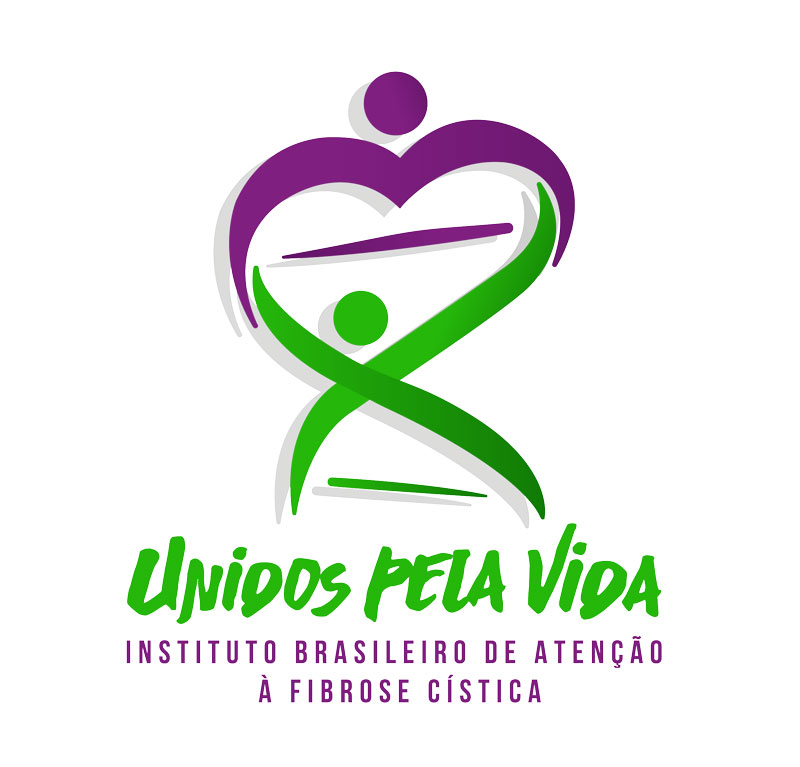 Join us today as we learn more about the Unidos pela Vida Institute for Cystic Fibrosis in Brazil.

Thank you to Verônica Stasiak and Pamela Mazini Stürmer for supplying us with the below information, translated to English. We wish them good luck with the great work they are doing to spread awareness about Cystic Fibrosis.

The Unidos pela Vida Institute (United for Life in English) is a social organization based in Brazil, and was born in October 2009, when, at the age of 23, the founder, Verônica Stasiak, was diagnosed with Cystic Fibrosis after cumulative health problems throughout her life. Since she was a child, she’s had countless pneumonias, extracted two parts of her right lung at the age of 18, the gallbladder, and had part of her pancreas suffer from necrosis. After a severe pneumonia at the age of 22, that resulted in a 2-month hospitalization, she met a doctor, who she calls her guardian angel, Dr. Marlus, who suspected she had Cystic Fibrosis.

During this same 2-month hospitalization, she dreamed she founded a group to assist people with respiratory problems. In this dream, she was under a tree, in a beautiful green field, and was talking to people around her about the importance we all should give to the air we breathe and how unfortunate it is that we only value it after we depend on a machine to breathe. When she woke up, she wrote the dream down and was determined to start a project to bring people with respiratory problems together in order to understand what we could do to improve the quality of our lives.

However, a month after the dream, she received the diagnosis for Cystic Fibrosis. She began to study what the disease was, and noticed that all health problems she’d had until then could have been avoided if she had received proper diagnosis and treatment. She could only think of how many people were and still are suffering like she was. In this moment, she decided to combine the dream, her background in Psychology, work experience, and late diagnosis to found, in October of 2009, the “United for Life Group“ and the Institute United for Life in 2011.

The Institute’s main mission is to make the disease well-known in Brazil, contributing to the search for early diagnosis, adequate treatment and improvement in quality of life.

We want to avoid having other Veronica’s receiving late diagnosis. We believe, that just like in many other developing countries, the most difficult step in the treatment of Cystic Fibrosis in Brazil is that the process for diagnosis is still faulty, because the neonatal heel prick only became mandatory in Brazil in 1992 and because we still have some regions that do not have proper equipment or qualified personnel to undertake the neonatal screenings.

Between 2011 and 2017, thousands of people came to know Cystic Fibrosis in Brazil through the development of our projects, linked to awareness, support, education and encouragement of physical activity. But we want to do more and better. Because we have identified many other demands in Brazil, we are repositioning ourselves so that we can deliver our results with more quality, and to more people.

We believe that knowing what you have can change everything! Therefore, we work hard to make people aware of Cystic Fibrosis, so that one can be diagnosed as early as possible, in order to receive proper treatment and that people with Cystic Fibrosis can enjoy a much better quality of life!

Now, in addition to all the projects we already do and will continue to do, we are now United for Life – the Brazilian Institute for attention to Cystic Fibrosis. In addition to the projects developed in the programs of Communication & Support, Education & Research and Incentive to the Practice of Physical Activity, we started the Organizational Development axis, considering the strengthening of the ecosystem of Cystic Fibrosis in Brazil, especially in the professionalization of associations that already work with it, as well as acting with Advocacy and Attendance.

While we are the association in charge of translating scientific research and articles to Portuguese patients, we also have Brazilian Medical Professionals developing articles for us! Unfortunately, we haven’t translated those articles to English, but we hope to do so in the near future!

Those responsible for our success are our donors who trust unconditionally on our work! And there are many ways to help us, either by spreading awareness to Cystic Fibrosis or donating through our donations channels here: http://unidospelavida.org.br/faca-sua-parte-doe/

Lastly, attention to us is to bestow care and care with goodwill. 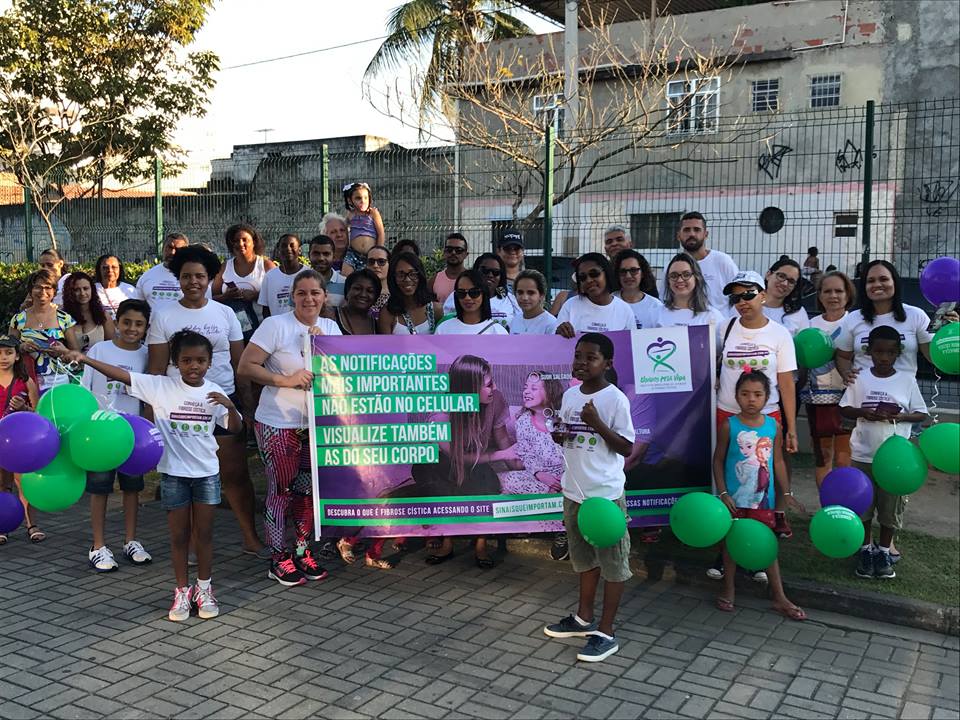 Our Cystic Fibrosis Awareness Month, what we call “Purple September”. These are pictures from a campaigns that Unidos Pela Vida organized yearly since 2013. We are responsible for creating the material for each year’s campaign, printing and packing individual boxes for each city. We started out in Curitiba, our home and in 2017 we have 33 participating cities!” 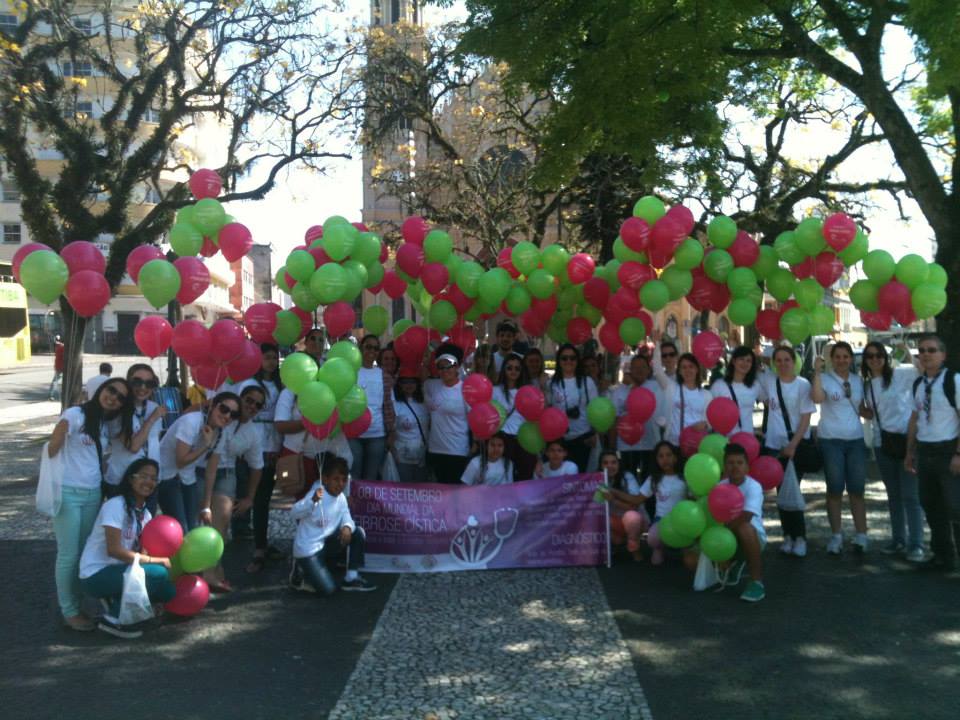 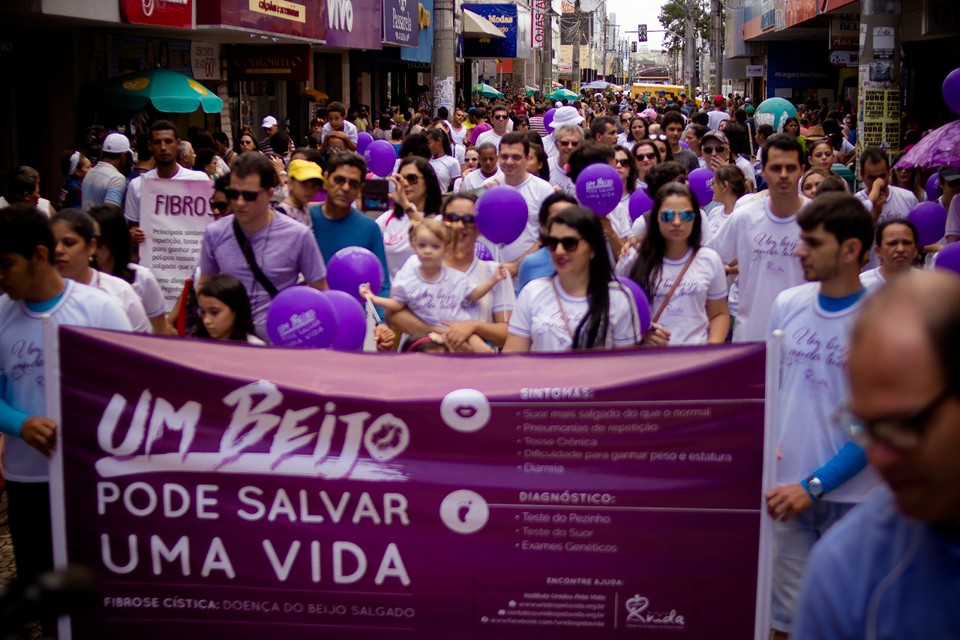 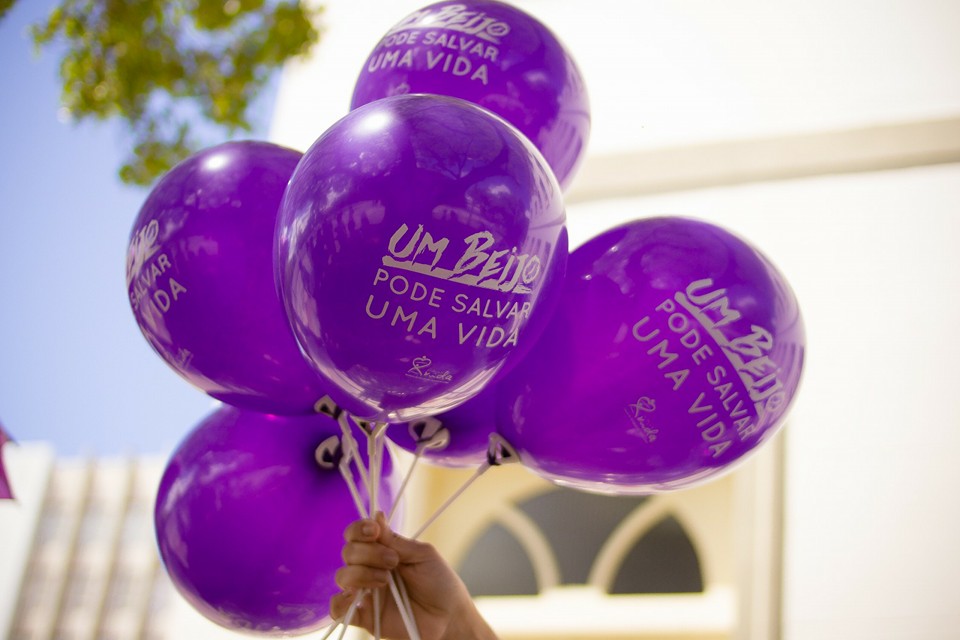 In the balloon we have the motto for 2016’s campaign: “A kiss can save a life” in which we encouraged people to take pictures kissing each other’s cheeks in order to check for a saltier skin, in order to find a sign for CF” 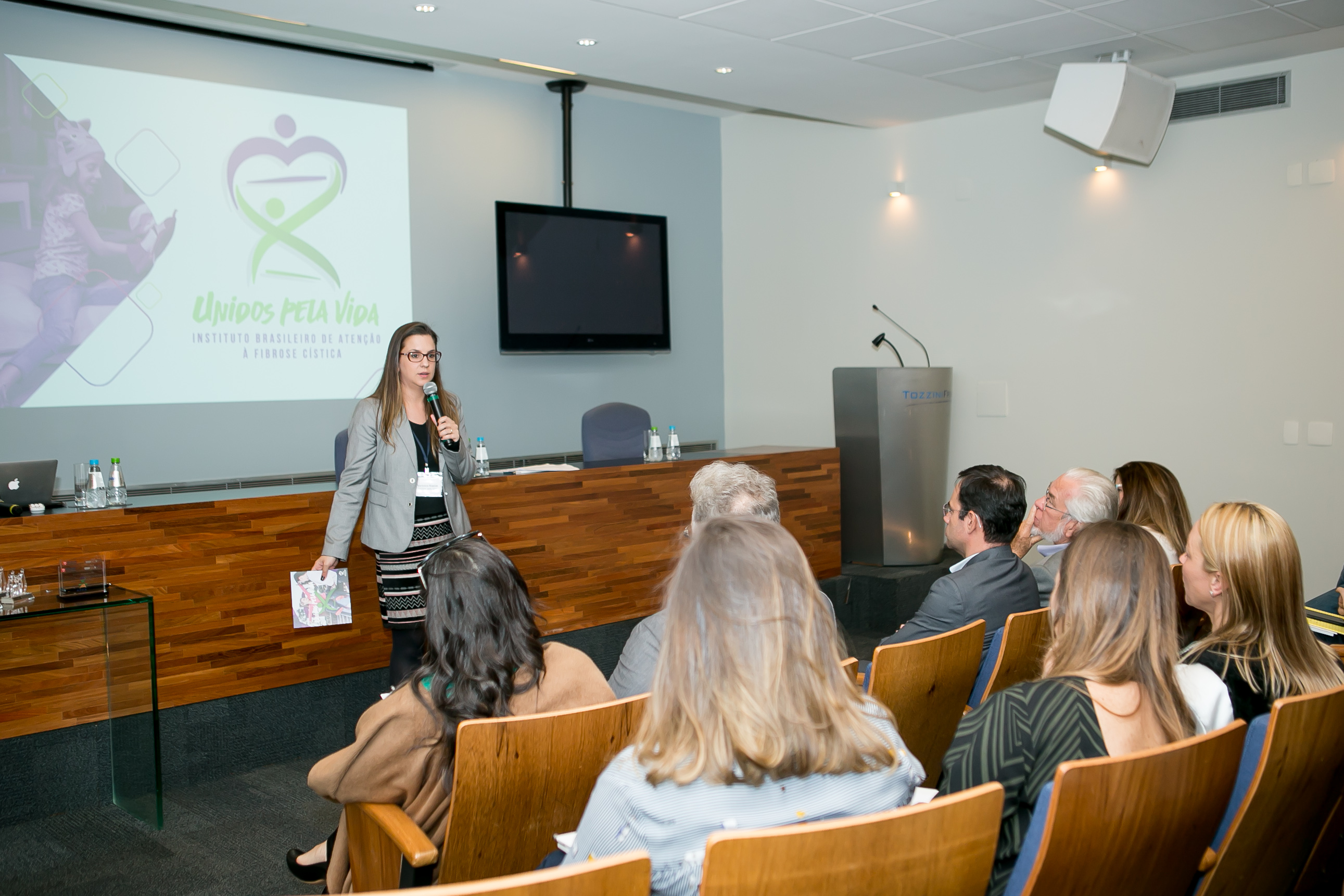 Veronica, thanking our donors in an Charity Event organized by the Bernhoeft Family in São Paulo for all of the help and support they’ve provided us throughout the years, since 2009.

A Brain, A Heart, Courage: the e-Patient community for Cystic Fibrosis

230 September 30, 2022
CysticFibrosis.com is one of the world's largest social media networks dedicated exclusively to the cystic fibrosis community. In addition to the forums, the site contains information on clinical trials, gene therapy, testing, associations, research and events. Read our website disclaimer.