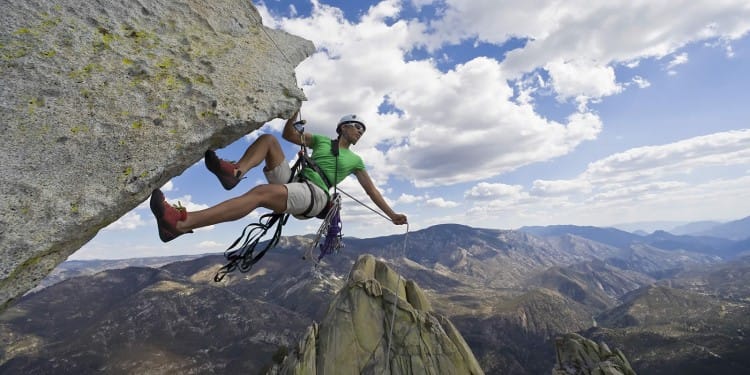 Not long after his birth in 2013, Paul Siebenthal‘s son Noah was diagnosed with cystic fibrosis (CF) and the new father became aware that his son would struggle with a chronic, life-threatening disease for his entire life. However, Paul Siebenthal did not accept that there is currently no cure for the disease and decided to work with one of the largest CF advocacy organizations in United Kingdom, the Cystic Fibrosis Trust, to support their continued effort to find a cure.

As part of his ongoing efforts, Paul Siebenthal has now embarked on the challenging adventure of climbing the three highest mountains in the UK within 24 hours in the “National 3 Peaks Challenge for the Cystic Fibrosis Trust.” The father aims to climb the Ben Nevis mountain on the morning of Saturday, 26th September 2015, the Scarfell mountain that same night, and the Snowdon mountain on the morning of the following Sunday, all in an effort to help raise funding for the Cystic Fibrosis Trust. Anyone can give to the cause through Paul Siebenthal’s crowdfunding campaign.

“The Cystic Fibrosis Trust is a brilliant charity that provides information and support to CF sufferers and their families.  It also lobbies government and raises awareness of CF,” Siebenthal explains on his crowdfunding page. “It also funds much needed scientific research into CF that will hopefully, one day, find a cure. You can be sure that your donation will make a real difference as the treatment and drugs available to people born with CF has improved dramatically during the past 50 years.”

When Noah turns five, he will be eligible for gene therapy, a promising, new type of CF treatment supported by the Cystic Fibrosis Trust. Thanks to funding from the UK CF Gene Therapy Consortium (GTC), the organization is investing in the development of a gene therapy product with the potential to correct the faulty cystic fibrosis gene in the lungs.

The novel treatment is expected to treat CF by adding a copy of a healthy gene, which will replace the faulty one. Just like Noah, about 30,000 Americans are born with cystic fibrosis, a genetic disease that results from both parents being carriers of the faulty gene, despite being healthy themselves. The GTC gene therapy research, which is currently in Phase 2B clinical trials, has revealed encouraging results and may help CF patients in the near future.

The results of the current tests are planned to be released by the end of the year, and Paul Siebenthal is one of the volunteers who is helping to fund the phase 3 trial expenses through his fundraising efforts. The trials will cost about £100 million — the equivalent to $153 million — and the Cystic Fibrosis Trust has already announced that is not able to cover the costs. As a result, fundraisers like Siebenthal are pooling their efforts to help fund the project.

The organization and its volunteers aim to continue improving CF patients’ quality of life and treatment, since only half of cystic fibrosis patients reach 40 years old, particularly due to chronic infections and inflammation that can result in collapsed lungs. However, the treatment for CF has improved over the past 50 years, when about 80% of patients succumbed to the disease before the age of five. These advancements continue to encourage CF patients and their families to make strides toward supporting research that will someday cure the disease.