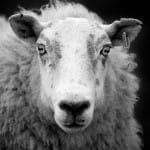 A “good” animal model is one that has the same symptoms of a disease that we do, right?

Not always. Sometimes we can actually learn more when an animal is not a perfect model; their good health can reveal new points of intervention. That’s the case for cystic fibrosis (CF), according to findings published in Science. Mice with CF that do not develop airway infections hold a chemical clue to how people with CF might do the same.

An article in Science (Airway acidification initiates host defense abnormalities in cystic fibrosis mice) speaks about how animal models are better than others. Golden retrievers get muscular dystrophy much as humans do, and sheep are stand-ins for kids with the CLN6 “late-infantile” form of Batten disease.

Despite the many mouse varieties used in biomedical research, mice don’t live long enough to mimic some late-onset neurodegenerative disorders. For example, they may die before certain symptoms of  Huntington disease (HD) typically appear in humans. That’s part of why compounds such as Riluzole, remacemide and CoQ10 that are promising in mice didn’t fare so well in clinical trials for treating HD.

More from the article speak on how CF mice do not develop some of the lung infections CF humans do:

In cystic fibrosis, respiratory differences between humans and mice apparently stem from the airway surface liquid (ASL). This fluid separates cells lining the respiratory tubes from inhaled air and the microbes sniffed in with it. Outposts of immunity lie in wait on airway surfaces for pathogens, including antibacterial molecules, wandering macrophages that swallow up invaders, and waving cilia that move pathogens up and out.

A healthy human respiratory system mounts a formidable defense. In CF, that shield breaks down, or is never present.

The physiological consequences of inheriting two pathogenic mutations in the cystic fibrosis transmembrane regulator (CFTR) gene are complex. Chief among them are respiratory infections, such as Burkholderia cepacia, that are rare in healthy lungs – if you’re human. When mice with knocked out CFTR genes were created shortly after discovery of the gene in 1989, it was surprising that they didn’t contract the lung infections that people with CF do. Researchers soon discovered that the protection was more profound than differences in cell types and distribution in the airways might suggest.

What about pigs with CF?

Michael J. Welsh, MD a Howard Hughes Medical Institute Investigator and his group at the University of Iowa discovered in 2010 that pigs with CF develop lung infections shortly after birth, providing a good model for the human situation. Then in 2012 they found that pigs have a disrupted ability to control pH in the airway surface liquid.

Read the full article HERE at Genetics in Context!

1,000 January 13, 2016
CysticFibrosis.com is one of the world's largest social media networks dedicated exclusively to the cystic fibrosis community. In addition to the forums, the site contains information on clinical trials, gene therapy, testing, associations, research and events. Read our website disclaimer.