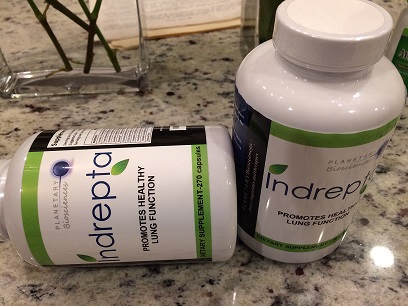 I wanted to report the latest news we are seeing with my daughter using Indrepta. She is 19 years old and is DDF508. She is home for the summer and has been away the last year at university.  She has had to maintain her CF regimen by herself. Over the past 5 years she has been very stable, going up or down in a range of 5% points. She saw the doctor the first week of January before going back to school from the break, and had an FEV1 of 71%. She started Indrepta A in January and after a month switched to B to compare the difference. She favors B, and has stayed with that type since. Anecdotally she said her lungs felt better, and did not have any issues with either product. Last week she visited her doctor again. I was hoping to see a small increase in her absolute FEV1, and would have been thrilled with that result. She texted me her results and she achieved an FEV1 of 83%. This was amazing news for us. In addition to that, probably 5 out of the last 6 years, she would get pulmonary infection flareup in the spring time around March or April, that would require antibiotic IVs. This year she has not had any issues with that.

965 May 22, 2017
CysticFibrosis.com is one of the world's largest social media networks dedicated exclusively to the cystic fibrosis community. In addition to the forums, the site contains information on clinical trials, gene therapy, testing, associations, research and events. Read our website disclaimer.